It's time to optimize your AQ experience and access all of the latest and greatest features that AQ CPQ has to offer.

A Better AQ Experience for Mac Users is Here

With the AQ CPQ for Mac offering, you can enjoy the full-featured AQ CPQ using the Parallels virtualization technology. Now you can access all of the latest and greatest enhancements and new features, maximizing the value of your AQ subscription. Why do I need to switch?

Stay Up to Date

With automatic monthly updates, and the ability to run on the latest macOS Big Sur versions, you'll have access to security enhancements and bug fixes from AQ and Apple.

You can leverage new features like Quote Acceptance, AQ Pay, and Custom Payment Terms that drive a more efficient sales process and help you transact digitally.

New AQ filters like the UL Certified and Rebate-eligible help you find the right equipment for customers fast and help them save money at the point of sale with energy-saving rebates that range from $50 to $7,000!

As AQ evolves, you don't want to get left behind your competitors. With this technology, other offerings like AQ Design Solutions and AQ SKU are in reach to further streamline the sales process for you and your team.

Coming Soon: Support for Macs with the M1 processor

We have been actively testing the preview build of Windows 10 ARM to ensure continued support. As soon as Microsoft finalizes the Windows 10 ARM production build, we will begin to roll it out to AQ customers. Connect with the AQ Customer Success team to learn more!

What are the system requirements for Parallels Desktop 16?

I've heard that virtualization technology is slow - is that true?

I want to use AQ CPQ on my Mac as a native application that appears in the dock - can I do that with Parallels? 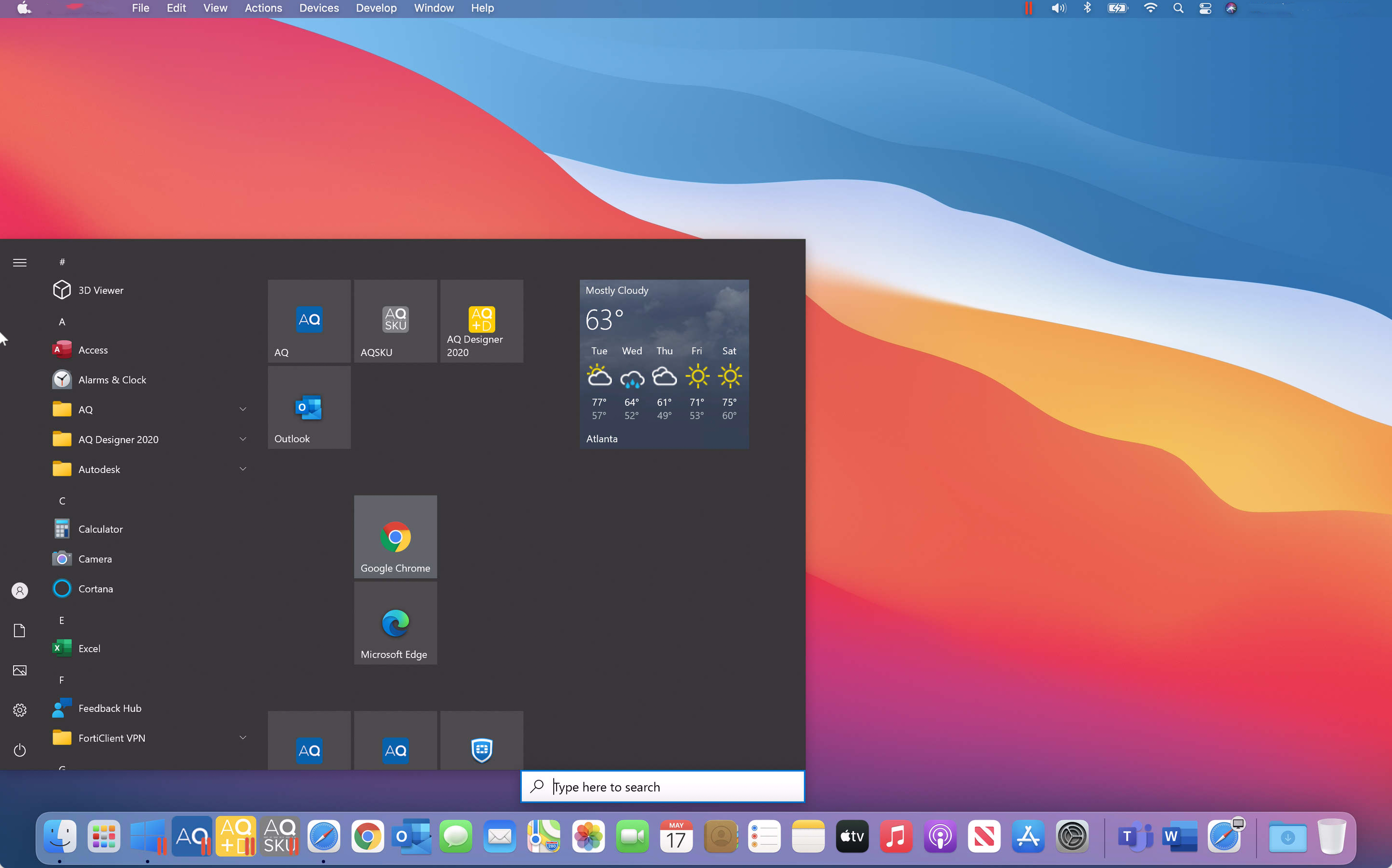